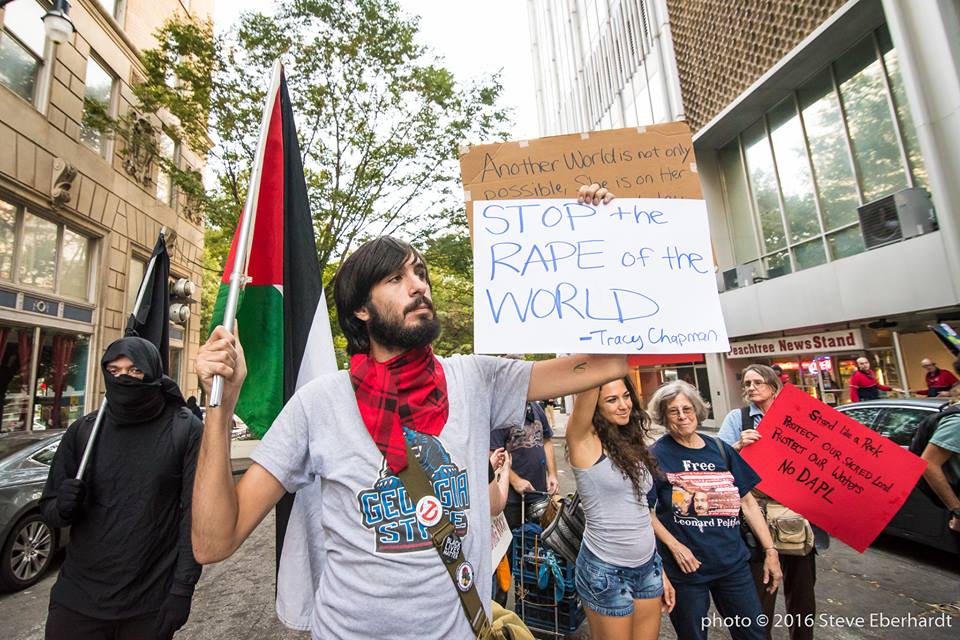 Several MADSA and YDS members joined a spirited crowd of about 125 (mostly young) Atlantans who marched through downtown Nov. 4 from 4pm to midnight in solidarity with the Standing Rock protesters against the Dakota Access pipeline that threatens tribal sacred land and access to water, the Missouri River, and water supply to a large area. YDS members from Emory, U.GA and GA State turned out. Above: The man holding the sign wore a MADSA button from our Pride booth. Next to him: members Mitsy Novitch and Barbara Joye. Photo by Steve Eberhardt. 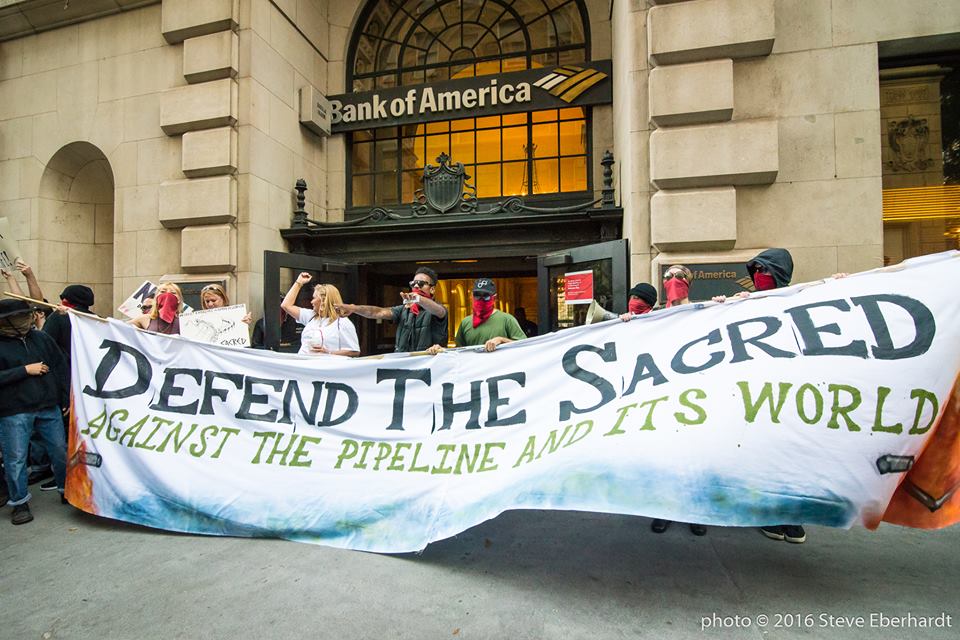 Reports from the organizers (identified as #AtlNoDAPL) said:

“Yesterday we gathered in Atlanta in solidarity with the #waterprotectors at the #nodapl camps. We closed the entrance to a Bank of America before blockading the main CSX rail line. We kept trains from transporting construction materials for over 5 hrs before dispersing into a cloud of smoke after we heard cops were massing to move in on us. No arrests! #atlnodapl #waterislife #blacksnakekillaz #defendthesacred #warriorup 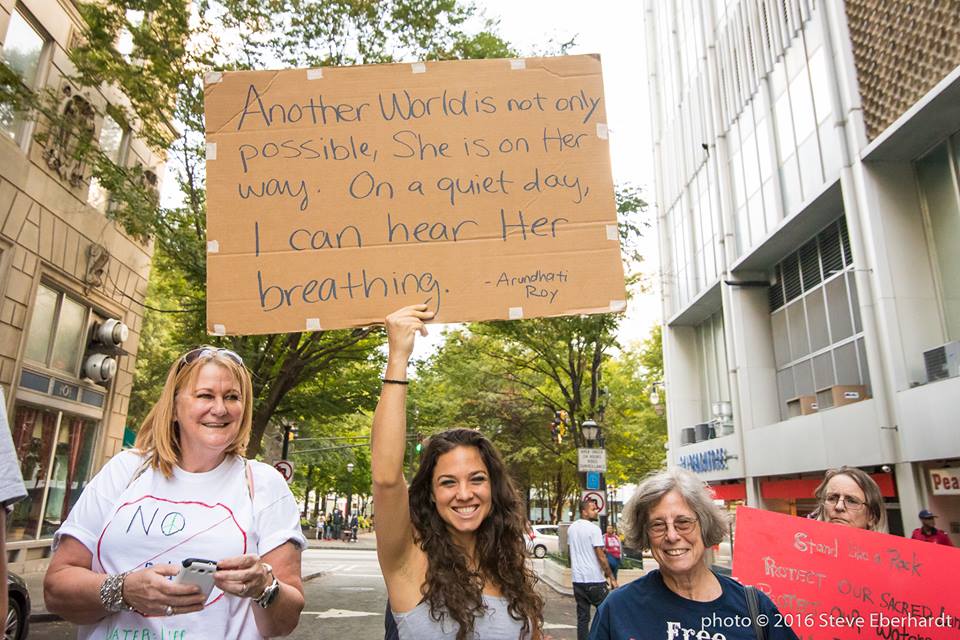