Protesting the School of the Assassins at Ft. Benning – 26th Year 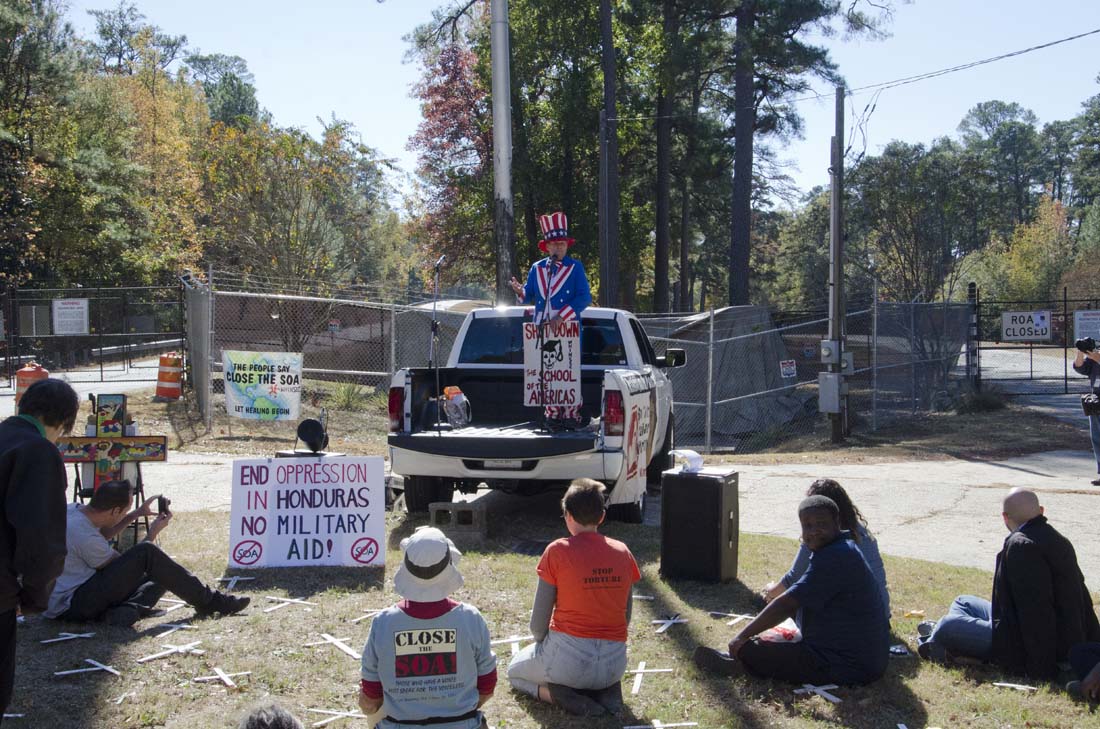 A few MADSA members made our annual November pilgrimage to Ft. Benning in Columbus, GA to protest the School of the Americas, aka School of the Assassins (officially renamed Western Hemisphere Institute for Security Cooperation), which has trained Latin American army personnel for decades, including a significant number of death squad leaders, assassins of progressive priests and nuns – including Archbishop Romero of El Salvador – and perpetrators of massacres of civilians. Fr. Roy Bourgeois (honored by MADSA at last year’s Douglass-Debs dinner), who organized the first action at the gates of the base in 1990, showed up in an ironic Uncle Sam suit (photo: Reid Jenkins). We joined other SOA Watch veterans and members of a caravan from Cleveland’s Interreligious Task Force for Justice who also protested the cruel imprisonment of undocumented immigrants at the nearby Stewart Detention Center. We were a token group of a few dozen, because the main SOAWatch convergence had been moved to the border between Nogales TX and Nogales MX earlier this fall (attended by MADSA member Adrian Bernal, who will be reporting in our newsletter). Member Barbara Joye was quoted in the Columbus paper.