The busy day started with a demonstration of solidarity with the Standing Rock Sioux protest against the Dakota Access pipeline (DAPL) that threatens a major water source and sacred sites. A crowd of about 500, including MADSA members Dani Atlanta, Barbara Joye, Daniel Hanley and Reid Jenkins, marched from a rally at Piedmont Park to another at the North Ave. MARTA station. Sierra Club lobbyist Neill Herring reminded us that the Sabal Trail pipeline under construction through our state will take gas from fracking in Alabama to Florida so utilities can compete with solar energy. Marchers pledged to continue pressure on elected officials on these and other issues. #AtlAgainstPipelines

Later, several thousand Atlantans massed and chanted for two hours in front of the south terminal at Hartsfield-Jackson Airport, protesting Trump’s executive order excluding all refugees and banning citizens of seven Muslim countries from entering the U.S. Many MADSA members took part, dispersed among the crowd.The protesters carried a great variety of mostly handmade signs, ranging from irate to humorous. 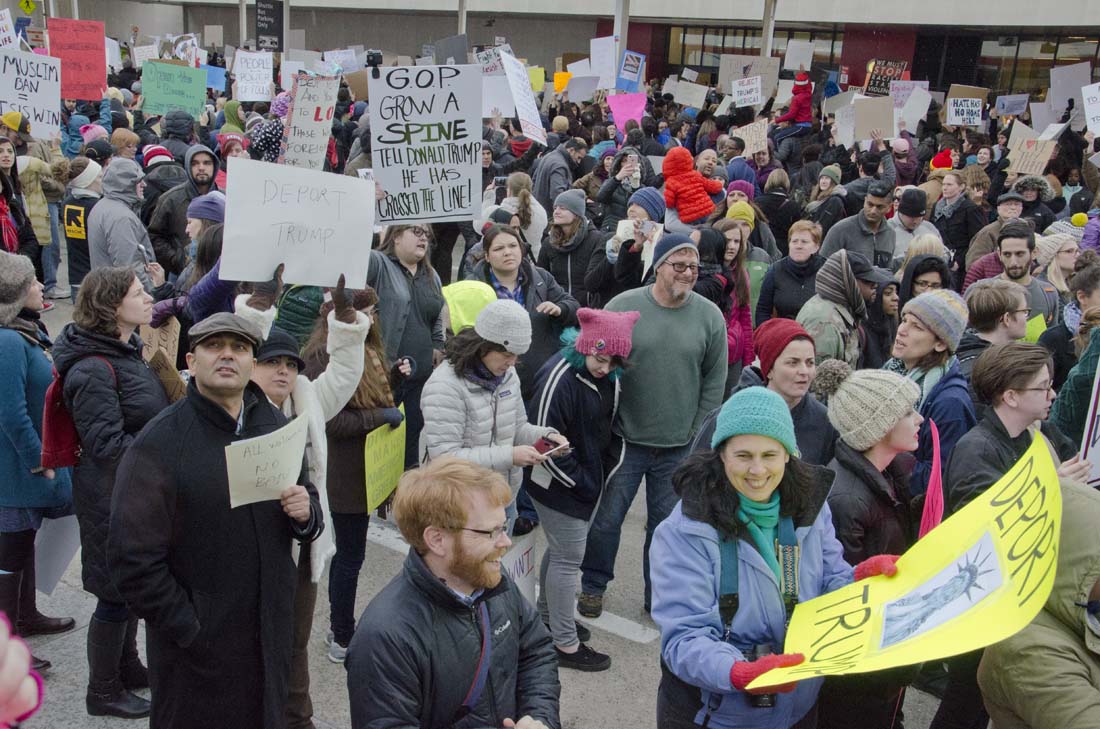 “[I’m] so happy to see the increased social activism this catastrophe of an election has created,” said MADSA member Lorraine Fontana in a Facebook post. “. . .This was one of the most diverse demos I’d been to re age, gender, race and nationality.”

Congressmen John Lewis and Hank Johnson, State Sens. Vincent Fort and Nan Orrock, State Rep. Stacey Abrams, and Mayor Kasim Reed joined us – though Reed’s statement that Atlanta is a “welcoming city” sparked cries from the crowd for a sanctuary city, as advocated by speaker Azadeh Shahshahani, spokesperson for GA-J20, the coalition which presented that demand to Reed’s office on Jan. 20 (MADSA is a coalition member; see previous story, below). Other speakers included Sen. Fort and a Black Lives Matter leader – the crowd chanted “Black lives matter”. Other popular chants: “Say it loud, say it clear, immigrants are welcome here!” “Let them in!” and “Hands too small to build the wall!” 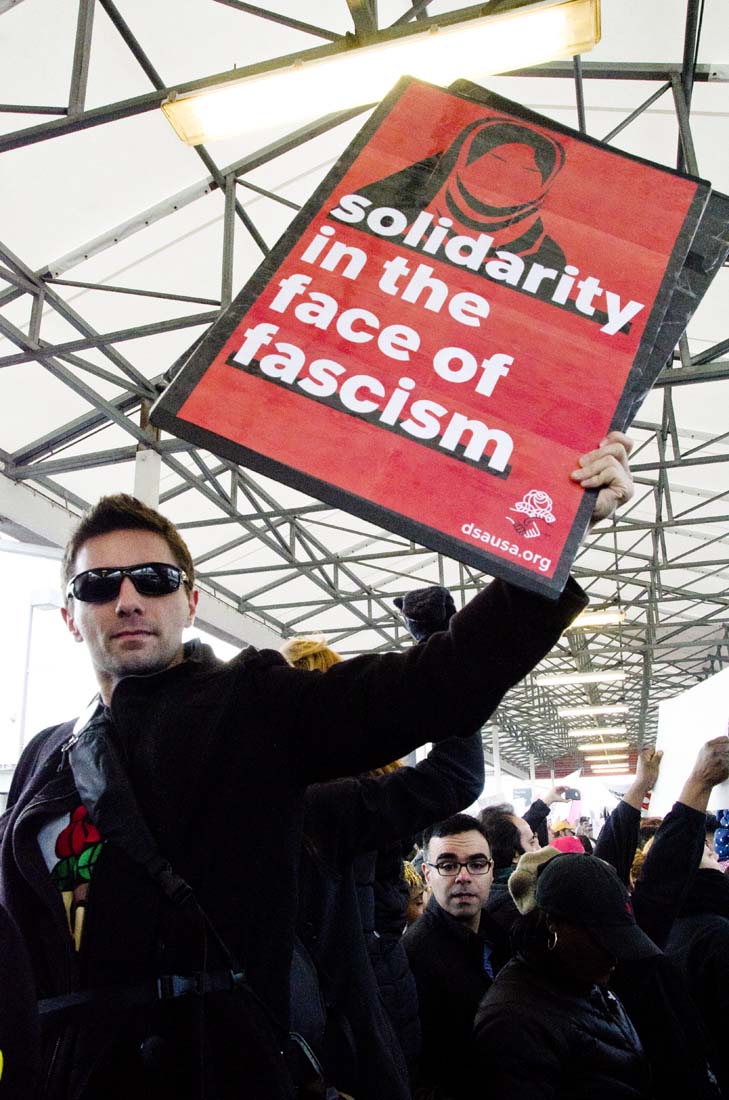 Similarly huge protests have been taking place across the U.S. and around the world. Note: According to the conservative Cato Institute, NO ONE from the seven countries has killed anyone in this country from 1975 to 2015. Most of the 9/11 perpetrators were from Saudi Arabia, and the others from Egypt, the United Arab Emirates, and Lebanon, but those countries are not subject to the ban. Pres. Trump is reported to have business interests in those countries but not in the seven. (Photos: below – photographer unknown; right – Reid Freeman Jenkins) 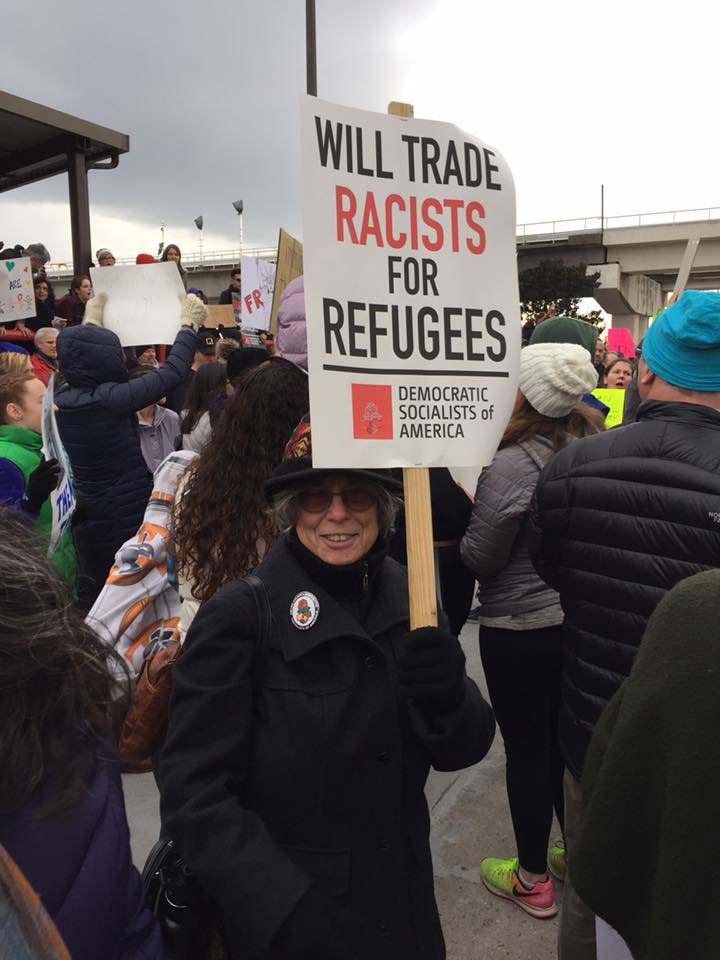