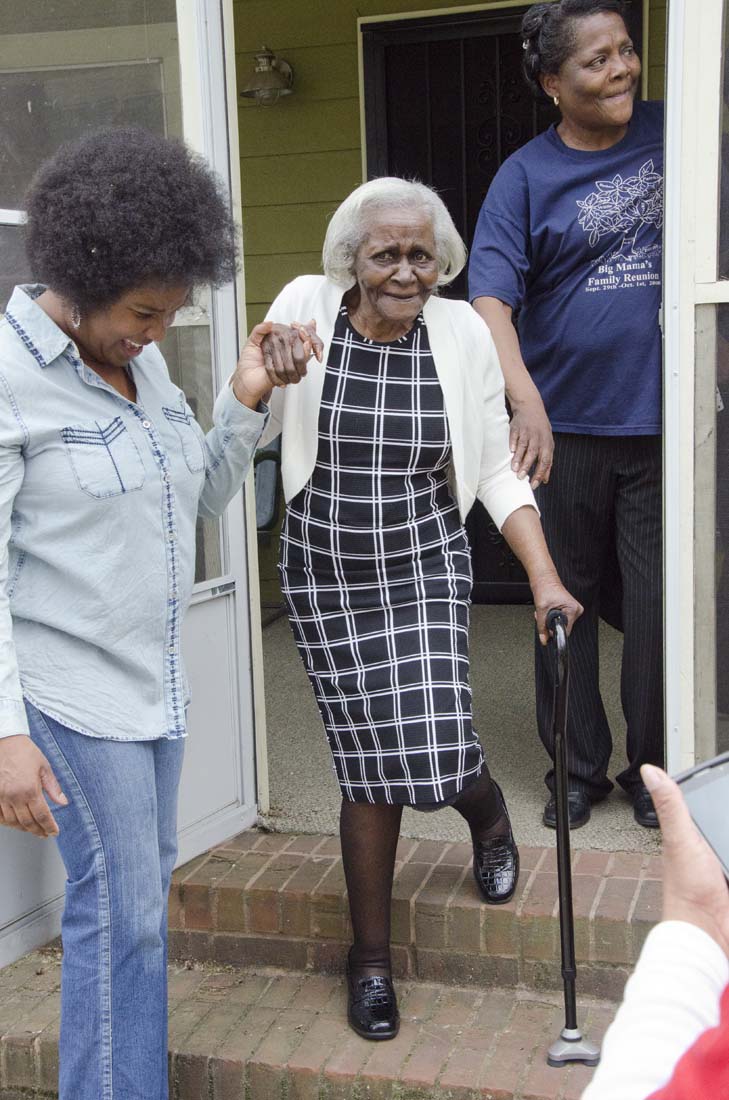 Columbus Ward, president of the Peoplestown organization, who was honored at MADSA’s Douglass-Debs awards dinner in November, led the tour, with Tim Franzen of the Housing Justice League and MADSA member and Ga. Tech Prof. Emeritus of Planning Larry Keating (above, standing, third from left). Avery Jackon of #ATLisREADY, Ga. State U. Prof. of sociology Deirdre Oakley, and housing justice organizer Allison Johnson also briefed us on the history and current issues affecting the communities. The highlight as always was our visit to the threatened Peoplestown homes of GSU law professor Tanya Washington (left) and Bertha and Robert Darden, and the home of Ms. Mattie Jackson (center) – who after a courageous campaign with community support was told last year that she will not be displaced, and celebrated her 95th birthday during our visit! Photos: Reid Freeman Jenkins