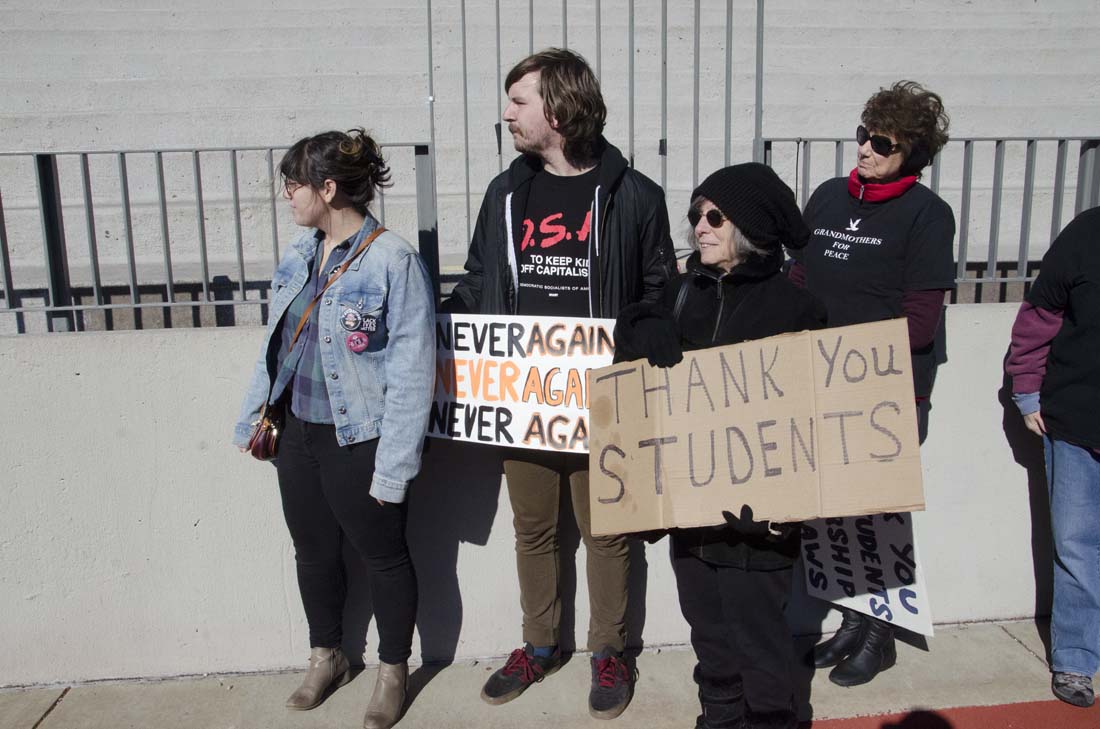 Several MADSA members turned out on a chilly morning to support the Grady H.S. students who walked out as part of the nation-wide protest demanding effective gun control legislation in the wake of the Parkland, FL massacre. It seemed that the whole school, including teachers and the principal, participated in the demonstration, which they held in the Grady sports stadium. After a moment of silence a few students gave brief, eloquent speeches and then the whole group marched around the track a few times before returning to classes, well beyond the announced 17 minutes. Barbara Joye, Reid Jenkins (the photographer), Evan Seed, Lisa Ashway, Lorraine Fontana, Cecelia Cantrell and Ann Mauney were there from MADSA; Cecelia, Lorraine, Ann and I are also members of Atlanta Grandmothers for Peace, which had brought many of the supporters.

N.B.: I just learned that a group of students told one of us as we left that they were refusing to return to class, protesting the takeover of their event by the liberal Grady administration (which had persuaded most of the students not to go off-campus) and saying the purpose of the walkout was to disrupt and that’s what they wanted to do! Does anyone know what happened after that? – Barbara Joye