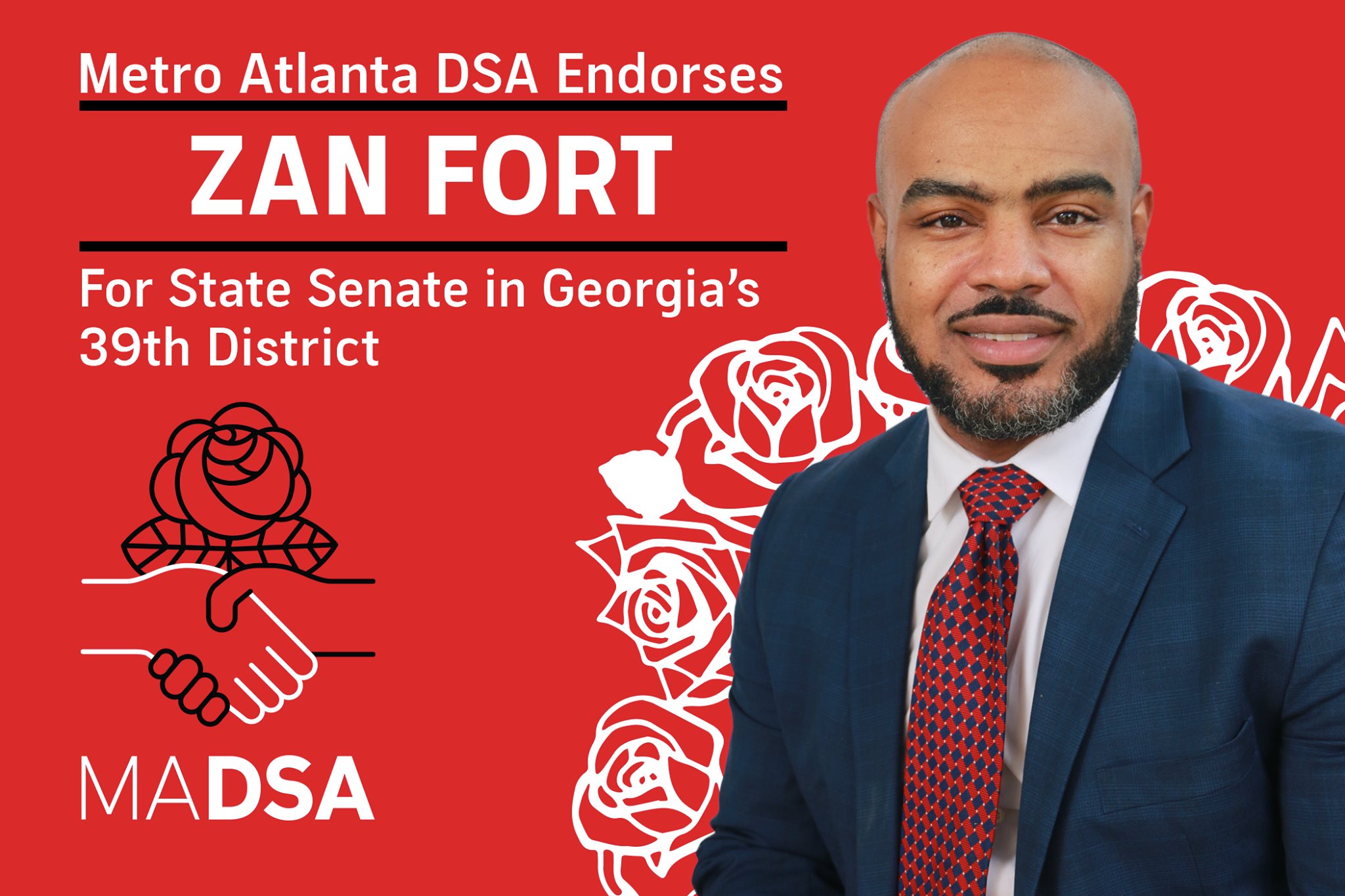 At our September 2020 Convention, Metro Atlanta DSA voted to endorse Zan Fort for Georgia’s 39th State Senate Special Election! Fort is a progressive who believes in universal healthcare, a Green New Deal, a $15 minimum wage, and holding police accountable for brutality. He and his father, former State Senator Vincent Fort, have a history of taking on the Democratic Party Establishment and fighting for workers over capitalist interests.

To donate to the Fort campaign, go the the official website here.

To support this grassroots effort, Metro Atlanta DSA will be hosting canvasses and phonebanks over the next few weeks leading to election day. Follow us on Facebook to keep updated with our full schedule, and join us to continue the movement through November and beyond!

If you have any questions about our work to elect Zan Fort and other pro-worker candidates this cycle and beyond, email us at electoral@madsa.ga