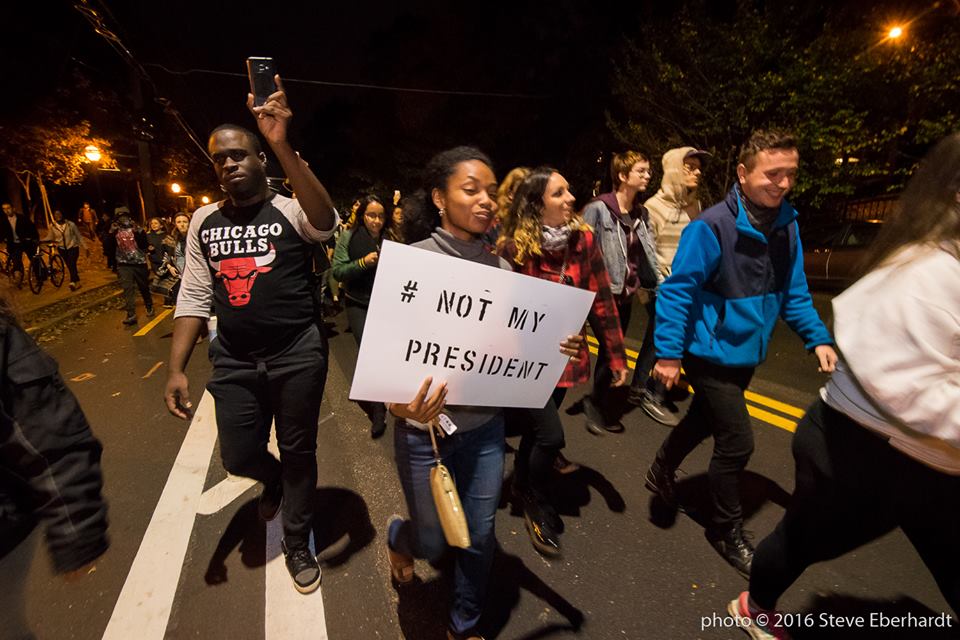 During the past few days, protesters have filled the streets of many U.S. cities to tell the world that we will not give the new administration a honeymoon but will fight back from day one against extreme rightwing racist, anti-woman, anti-LGBTQ and anti-worker policies and actions that are sure to come. Atlantans were also in the streets. (Photos: Steve Eberhardt) 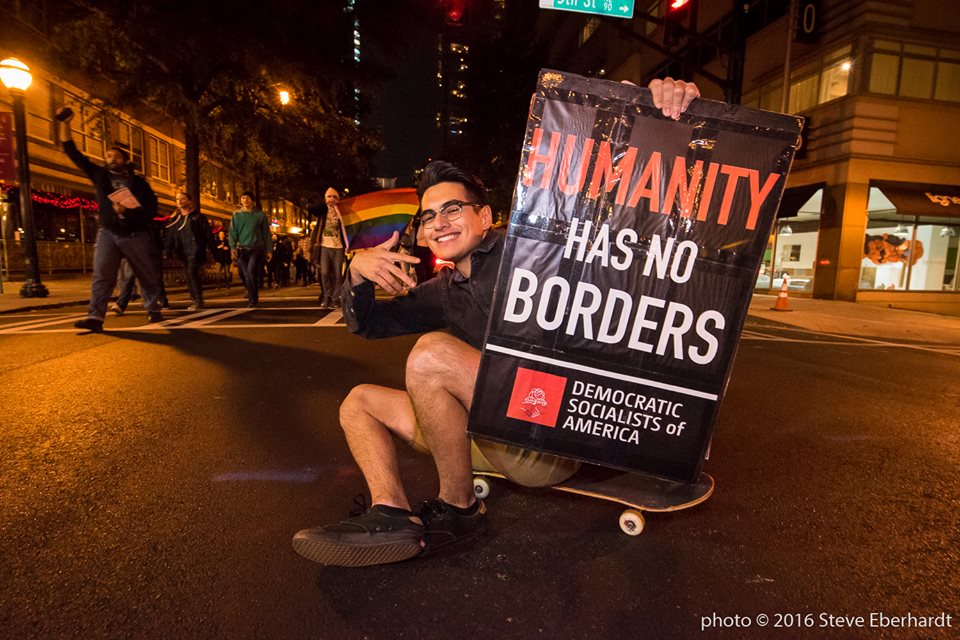 Calls to action on a variety of issues, including support for the Standing Rock anti-pipeline water protectors, are coming in fast. See the MADSA Facebook page for announcements. 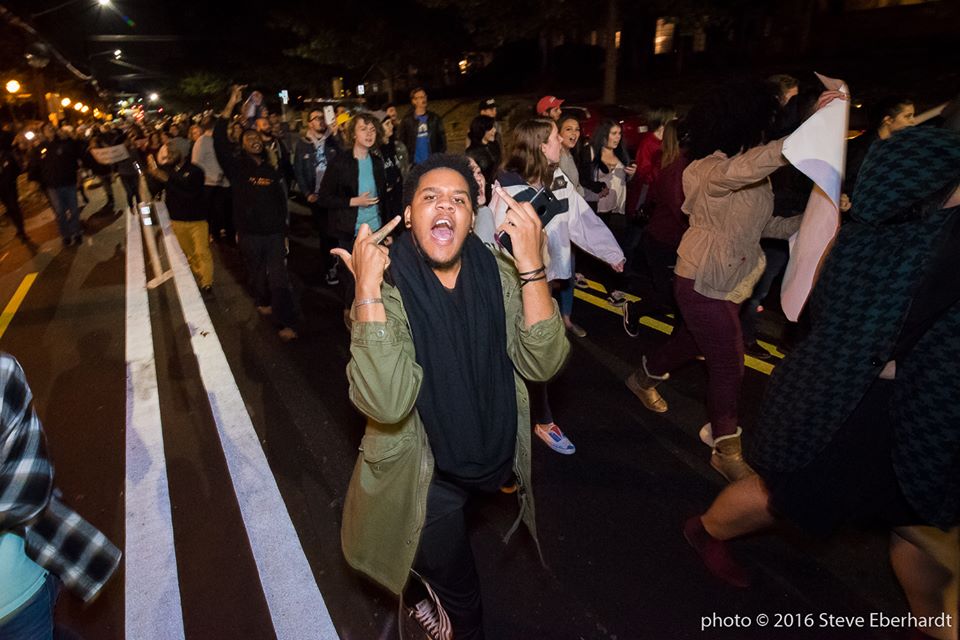 Also be sure to follow national DSA news at dsausa.org. We gained 1000 new members in the two days following the election! DSA Director Maria Svart sent a message to inspire us, posted on the blog (home page, center column) and a statement by the NPC is in the works.