More than 80 people crowded into our meeting space at the Open Door Community (ODC) Feb. 11. A majority were new and potential members. We are looking for a larger space for our April meeting. (Photo: Reid Freeman Jenkins) 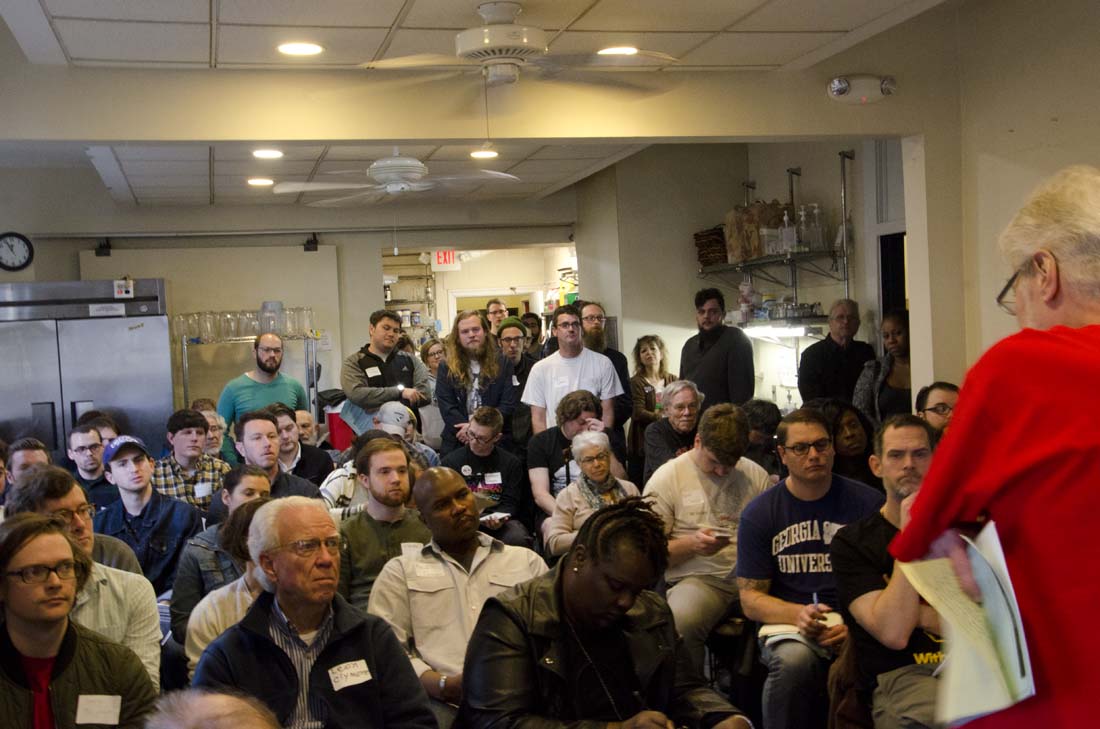 After ODC founder and MADSA member Ed Loring gave a heartfelt farewell (he and others are closing ODC and moving to Baltimore), Hank Stewart read an inspiring poem, “Don’t Stop in a Storm,” clearly a metaphor for our challenge in the current political situation. Then, several of our members and allies reported on our activities and opportunities for local activism: