The Struggle Continues. . .Our Youth Organize. . . And the DNC Came to Town

Late February has been hectic, with protests on many fronts continuing throughout the Atlanta area. MADSA members and their friends joined a Showing Up for Racial Justice anti-Trump march Feb. 18; were among some 800 marching from Midtown to Lenox Square on “Not My President Day” Feb. 20; took part in the 1,000-strong march from Midtown to Woodruff/Troy Davis Park Feb. 25 to save healthcare; and no doubt were present at other rallies and some shaming events at the hangouts of our elected officials or at least their staffs. 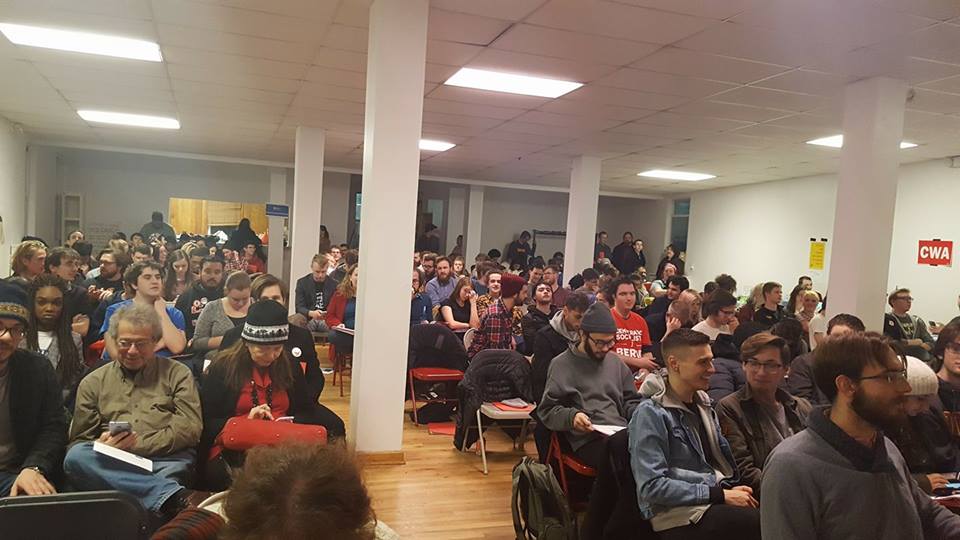 Adam Cardo; Khalil Kamau; Matthew Wolfsen and Karl Grindal from Ga. Tech; and David Littman from Athens traveled to New York for the Young Democratic Socialists’ winter conference, which was bigger and better than ever.

When the Democratic National Committee came to our town the last weekend in February, several of our members joined an effort by the progressive wing of the party to elect Bernie supporter Rep. Keith Ellison of Minnesota chair. Props to Teamster Local 728’s Eric Robertson, who provided an opportunity for us to meet Charles Lenchner, co-founder of People for Bernie and a Brooklyn DSA member, among other comrades from all around the country who came to engage in the struggle at the downtown Westin Hotel (see photo). 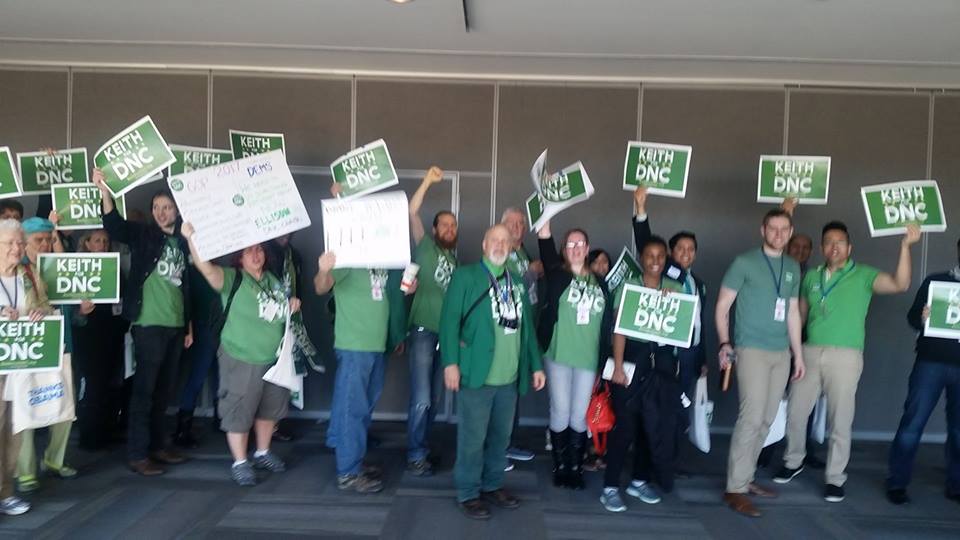 Daniel Hanley and Evan O’Reilly called on us to join them early Saturday morning as the last skirmishes began. The corporate wing of the party prevailed in the end with Thomas Perez, the victor, quickly making a gesture to the rest of us by appointing Ellison his deputy chair – but the fight isn’t over, as the following commentaries remind us.

See the statement on the election by the DSA’s National Political Committee: “After the Ellison Defeat: Continuing the Struggle Against the Neoliberal Party Establishment” at http://www.dsausa.org/after_the_ellison_defeat .

Here are Eric’s reflections on the election:

2. BUT there is a strong tendency to exaggerate the political implications of Tom Perez beating Keith Ellison. Ellison’s vote total once again demonstrated the strength of the “Bernicrat” left of the Democratic Party. Ellison received 200 (46%) votes to Perez’s 235 in the second round of voting, the threshold was 214. This is a strong performance by the left of the Dems by any measure. A congressman who is a Muslim with social democratic politics came within 14 votes of capturing a major chunk of the Dems’ national apparatus. This is further evidence of our new political reality.

3. Perez’s support of the TPP and his loyalty to the Dem machinery are real and justified, making the case that Ellison represented the consistently progressive and populist values that are on the ascendancy. Nevertheless Perez, with the exception of TPP, was a true ally and partisan of working people during his time as labor secretary. The candidacy of Tom Perez in itself represented a political concession to the left.

4. The stakes of winning were not that high to begin with. Keith taking over the DNC would have moved the dial of American politics further to the left and opened up more space for the anti-corporate, left wing of the party, but it would definitely have had limits imposed by the party machinery. It is worth pointing out that, with a few exceptions, the majority of people claiming that Perez’s victory means the final straw signifying the need to break completely from the Dems were also the same people who claimed Keith Ellison’s campaign for chair meant nothing and would not change a thing. Neither is correct and a flexible “inside/outside” strategy remains as the most viable strategy going forward. The fact is, Keith Ellison’s campaign is just one more demonstration of the left’s increasing strength in American politics as a whole.

All this being said, what is happening at the town halls, in the streets, in our workplaces, and in the thousands of grassroots meetings happening across America is infinitely more important than what happened this weekend at the DNC.