Every Human is Essential

On May 1, 2020, Metro Atlanta DSA joined with a massive coalition of Atlanta-area unions and activist organizations to put on a car parade and protest against the unacceptable handling of COVID-19 by the Georgia state government.

The showing was incredible! Upwards of 100 vehicles participated in the caravan.

DSA members erected a mock guillotine along the parade route and in front of the state capitol building. Their signs read, “WE ARE NOT PAWNS FOR YOUR PROFITS.” 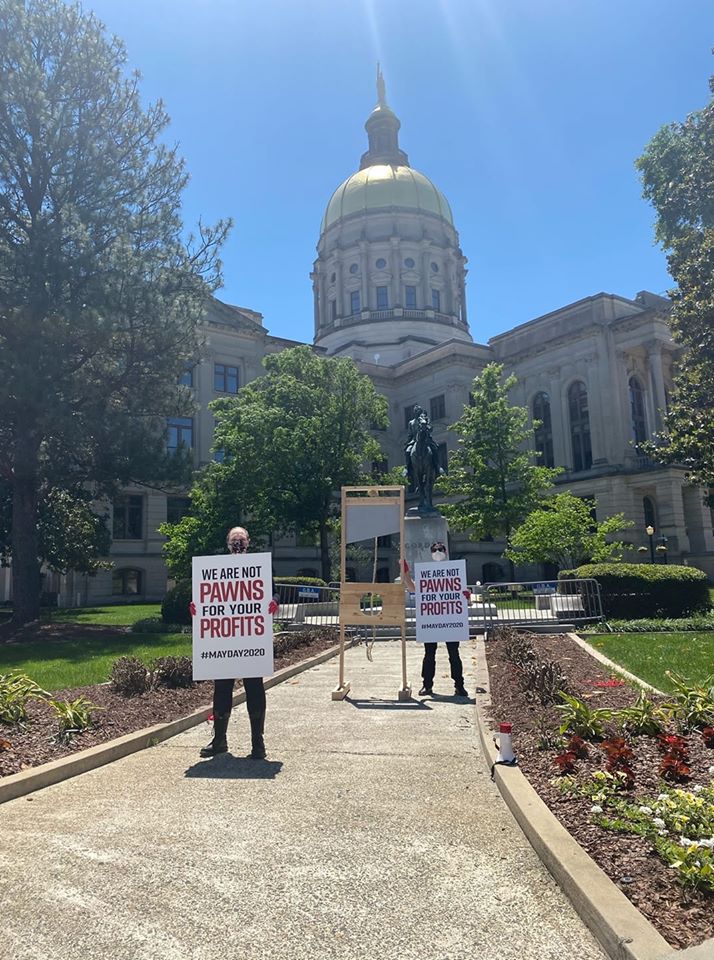 “Cars in the caravan all drove by blasting their horns with their fists raised, as did quite a few people who were not demonstrating,” said DSA member Rachel K, who worked closely with other organizers to make the mock guillotine stunt a reality.

More photos from the car parade and protest:

Atlanta’s 2020 May Day demonstration was organized and sponsored by:

Get involved with Metro Atlanta DSA

Never forget — the wealthy elites need us more than we need them. Without our labor, they would have nothing. When we stand together, we are unstoppable.